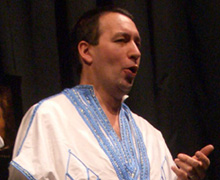 Born in 1968 in Aix-en-Provence (south of France), at the end of the "Festival d'Art Lyrique" period, I seriously begin with music at the age of 11, learning guitar, cello, drums, and sound engineering, and giving several performances with local Rock bands.

Aged 18, I begin Information Technology engineering studies in Lille (north of France), and practice intensively chamber music and symphonic orchestra with cello, jazz sextet and big band with guitar and drums. By the way, a natural bass voice is revealed in student's choirs, and at the age of 24 I begin singing studies with bass-baritone David Boitel, specialist and fan of romantic Bel Canto. He will make me discover the most beautiful pages of Haendel, Rossini, Donizetti, Bellini or young Verdi, and also some French Operas from the first part of 19th century particularly influenced by Italian Bel Canto.

An eclectic musical experience, from Rock to Opera, through Jazz... 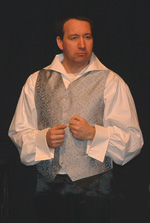 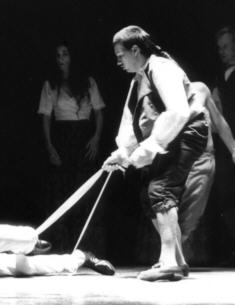 
Besides a career of engineer, I will have quickly the opportunity of perform in opera recitals, and little roles in operetta productions. Then, after having joined the "Choeur Regional Nord-Pas de Calais", I regularly sung in France, Belgium and England for great Oratorios, chamber vocal music and soloist ensembles.

In 1996, I won a Gold Medal of Singing after one year spent in Tourcoing Music School, where under the direction of the soprano Nelly Nuns I have studied more in detail French opera repertory, melodies and lieder.The same year, I had the opportunity to study and confirm my taste for Baroque repertory during masterclasses on Baroque vocal virtuosity given by the conductor Jean-Claude Malgoire.

After having performed, in parallel to my engineer activities, in several productions, in choirs or little roles (Don Giovanni, La Cenerentola, Werther, Die Fledermaus, La Belle Hélène, Monsieur Carnaval…) conducted by Jean-Claude Malgoire and Bruno Membrey in Tourcoing, or Jean-Claude Casadesus in Lille, I finally begun to sing main roles in 2006, such as Don Alfonso in "Cosi fan tutte" during Académie lyrique de Vendôme conducted by Amaury du Closel, or the Vilains in "Les contes d'Hoffmann" and Duparquet in Reynaldo Hahn's "Ciboulette" with the company Opéra des Garrigues, in Nîmes. 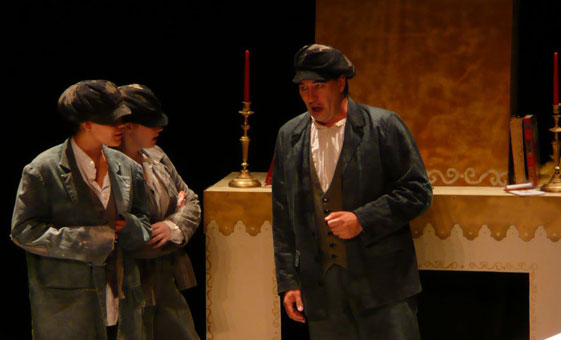 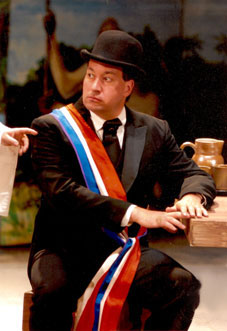 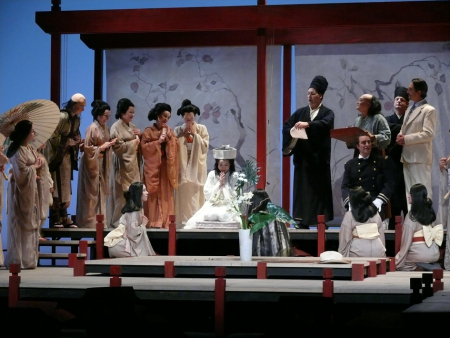 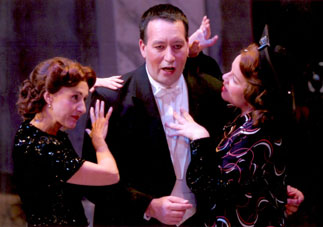 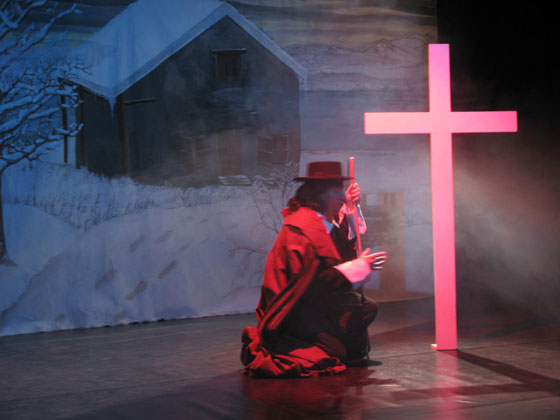 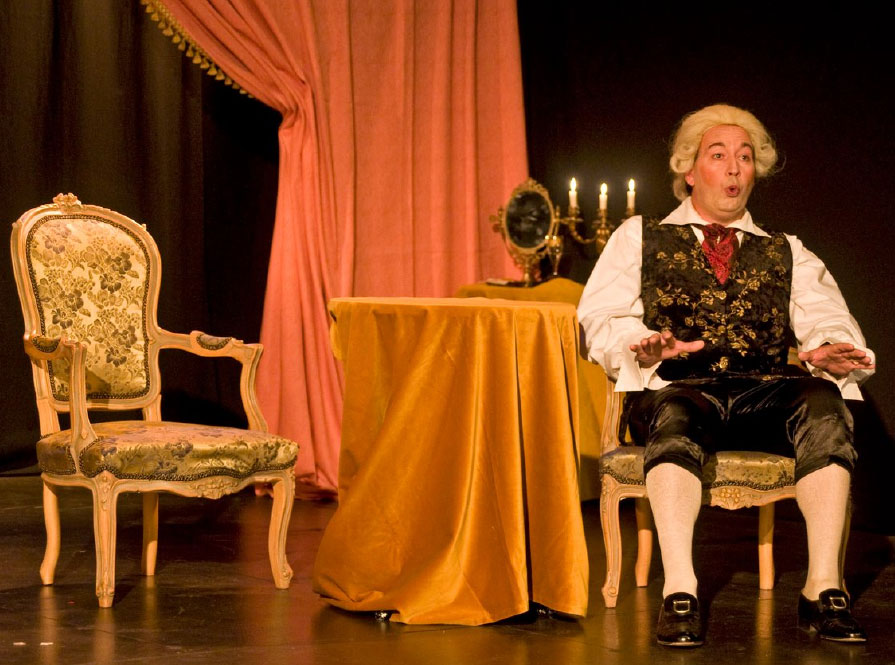 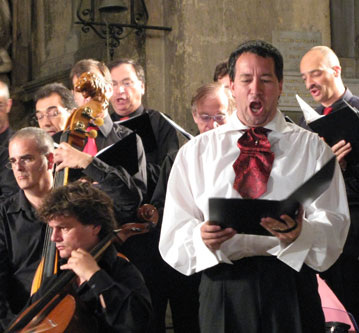 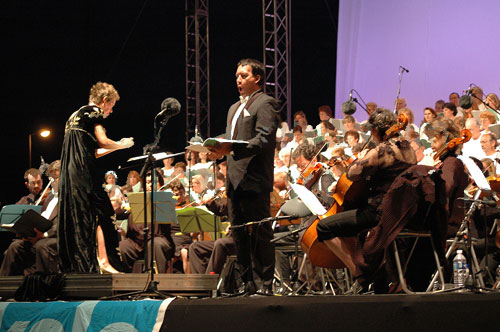 In june 2007, I also had the pleasure to perform once again Puccini's "Messa di Gloria" on a wide open air stage, during the festival Biennale Musicale du Bassin d'Arcachon. Since august 2007, I am regularly invited for the "Jeudis de Nîmes" and associated concerts, where I had the opportunity to sing once more Mozart's Grabmusik KV42 in Saint-Paul's Church in March 2008, with several excerpts from Haydn's "The Creation". I also have in my repertory the rare but nice Cesar Franck's "Rebecca", sung in Gap.
Last but not least, one of the most exciting oratiorio in Vaison la Romaine and Nyons : Rossini's Stabat Mater with the Choeur Europeen of Vaison la Romaine, and Orchestre des Cevennes, conducted by Claude Poletti 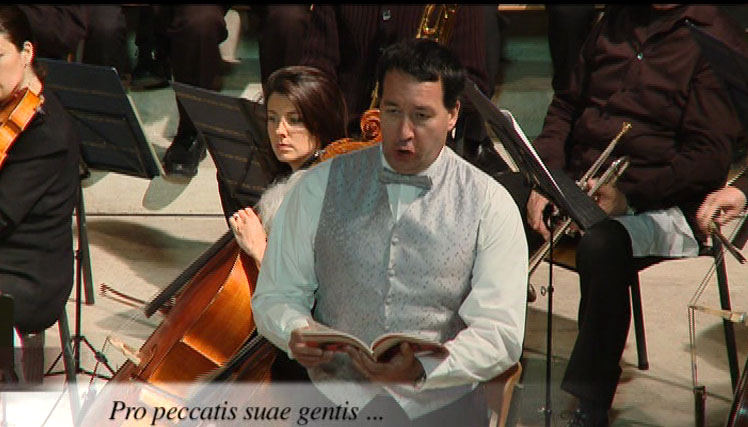 I performed in many concerts : recitals with piano or orchestra and choirs as well as chamber ensembles of soloists (Brahms's Liebeslieder, Schubert's male voice ensembles ...)

But my specialty is custom theme recitals.
Initiated in early 2000 with Art Lyrique en Chablais, near Thonon Les Bains, Savoy, around great musical currents, I now pursue close collaboration with pianist Davide Di Censo, and its association "Musique en Lumière" that creates performances by interaction in music and other disciplines. 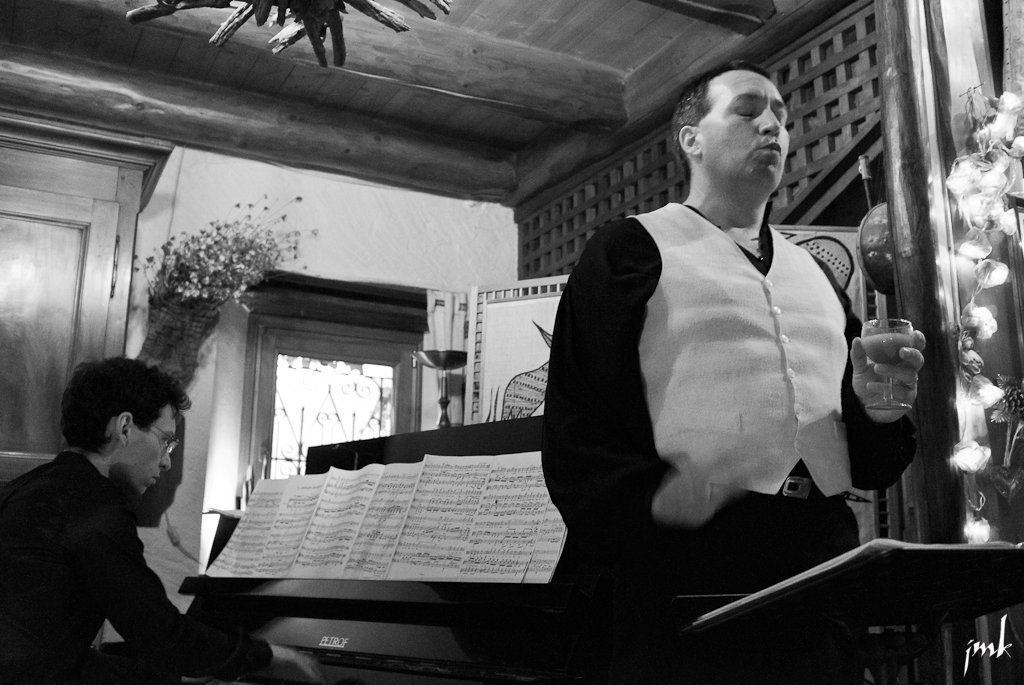 
Perfumes and music from 18th and 19th centuries trailer

Our first creation will take place in Lausanne in 2009 around lyrical drinking songs and Italian regions to illustrate an oenological presentation of Italian wines by the Vinopera society.

Then we created together at the Théâtre Antoine Riboud in Evian Les Bains, a recital combining discovery of four perfumes of eighteenth and nineteenth centuries reconstructed by the historian of perfumes André Chauvière. This show, which was labelled "International Year of Chemistry 2011", has been performed may times since then, including in prestigious places such as Pupetières Castle in Chabons (Isère) as well as Monthey's castle, in the Switzerland Valais, during the Schubertiade 2013.
After some musically original programs around the gossip at the opera (entitled "French Cancans") or female composers of the French Belle Epoque, we will associate music and painting for Schubert's Winterreise.